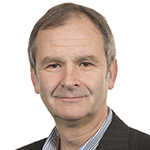 One of Peter’s earliest actions was to introduce a rebranding of the charity, changing its name from Action for Victims of Medical Accidents to Action against Medical Accidents and adding the strapline “for patient safety & justice”. This helped people to recognise AvMA as the leading patients’ charity working for better patient safety as well as justice (in the widest sense) for patients affected by lapses in safety.

Peter led AvMA’s work as a core participant in the Mid Staffordshire Public Inquiry and arguably one of his most notable achievements has been leading the charity’s successful campaign for a legal duty of candour.

He writes and speaks regularly on the subjects of patient safety and access to justice.

Peter says AvMA’s role in “standing up for the little guys” was one of the main things that attracted him to the charity. Prior to joining AvMA he was director of the Association of Community Health Councils for England and Wales, a local Community Health Council chief officer and has worked extensively in the voluntary sector.

Other positions Peter currently holds are World Health Organisation Patients for Patient Safety Champion and a member of the Editorial Advisory Board of the Journal of Patient Safety and Risk Management (formerly Clinical Risk). He holds an MBA in Health Service Management from the University of Hull and a BA in English from the University of Leicester.

A keen sportsman himself, Peter is also a fan of Crystal Palace FC and, coming from Llanelli originally, of the Welsh national rugby and football teams.