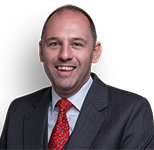 Richard has practised at 1 Crown Office Row since being called to the Bar by Middle Temple in 1993. He is now Head of Chambers. He grew up in South Wales before taking degrees in Cambridge and Brussels. He specialises in clinical negligence, disciplinary/regulatory law, personal injury, costs, inquests and sports law. He was appointed Queen’s Counsel in 2013. He is recognised as a ‘Leading Silk’ in Clinical Negligence and Professional Discipline by Chambers & Partners. He held the appointment of Junior Counsel to the Crown (Attorney-General’s Regional Panel) from 2000 to 2012. He has sat as a Recorder on the Wales Circuit since 2008. He was nominated as Professional Discipline Silk of the Year in the Chambers Bar Awards 2019.