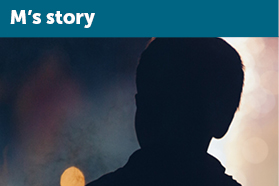 M was a bright young boy who suffered from asthma but never let it stop him enjoying life. As he grew up he suffered several bad bouts of asthma, which required his parents to rush him to A&E. His GP prescribed a purple Seretide inhaler, which managed to get his attacks under control. Finally he was able to manage his asthma well, with no more visits to A&E.

A few months later M’s family moved house and this meant a change in GP. When M ran out of his medication, he visited the new GP with his mother, who explained that M was using the Seretide inhaler successfully, backed up by a blue Ventolin inhaler for particularly severe shortness of breath.

The GP gave him a new prescription but when M went to the pharmacist, he found that this was for a green inhaler, rather than his usual purple. M and his mother didn’t realise it, but the GP had mistakenly prescribed Serevent instead of Seretide. These are both asthma medications, but for different types of asthma.

M started using the new inhaler and for the first few days his symptoms seemed to improve. But just a few days later he became breathless with a tight chest and his family decided to take him to hospital. Sadly before he could get there he collapsed and died.

At the inquest the GP admitted the mistake and explained that a dropdown menu on the computer system had led to the error, as the two names are so similar.