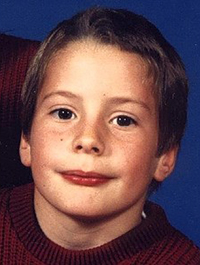 AvMA’s campaign was also called “Robbie’s Law” with the permission of the family of Robbie Powell, whose family have done more than anyone to raise awareness of the need for a statutory duty of candour

Until the case of Robbie Powell the existence, or otherwise, of a legal duty of candour for healthcare professionals had not been raised or tested in the UK civil courts.

The statutory payment for Robbie’s death in 1990 was £3,500 if the parents could establish negligence and causation, and approximately £1,500 for funeral costs.

However, the Powells’ claim was estimated in excess of £300,000 because of the alleged psychiatric damage caused by the events leading to Robbie’s negligent death, witnessing the death and the post-death cover up.

This included loss of earnings with regards to Robbie’s father. Will Powell didn’t work for almost a quarter of a century, as a consequence of Robbie’s death, the cover up and a diagnosis of PTSD. Robbie’s mother was also on medication for more than two decades.

Had it not been for the Powells refusing to accept a six figure out of court settlement in 1996 and pursuing Robbie’s case through the UK and European courts, the absence of a legal duty of candour is unlikely to have been publicly exposed by any other medical negligence case. At the time the Powells had remortgaged their home and were on benefits.

In response to the 1997 Court of Appeal ruling in Robbie’s case, Dr Brian Goss of the BMA’s General Medical Services Committee, stated in GP magazine, on 11th July 1997: “GPs could now put a gloss on the cause of death without fear of litigation”.

The law, as it stood in 2000, was clearly set out by the European Court of Human Rights when it found Robbie’s case inadmissible and ruled there had been no breaches of the child’s human rights.

The ECHR stated “whilst it is arguable that doctors had a duty not to falsify medical records under the common law (Sir Donaldson Mr’s ‘duty of candour’), before Powell V Boladz there was no binding decision of the courts as to the existence of such a duty.

“As the law stands now, however, doctors have no duty to give parents of a child who died as a result of their negligence a truthful account of the circumstances of the death, nor even to refrain from deliberately falsifying records.”

As a consequence of refusing the initial offer to settle the case, in 1996, the Powells ended up with no compensation and an order for costs against them.

Read more about their amazing story