When will we see a genuine step-change in patient safety? 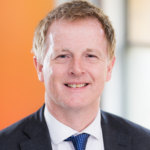 By Simon Elliman, Partner and Head of Clinical Negligence at Royds Withy King

In October this year, the Chief Inspector of Hospitals at the Care Quality Commission (CQC) was quoted as saying that there had been “little progress” in patient safety over the past 20 years. He revealed that he still receives 500-600 reports of “never events” each year and went on to say: “It’s clear to me that we still have not got the leadership and culture around patient safety right.”

Hard on the heels of these comments comes the publication of the Civil Justice Council’s report on Fixed Recoverable Costs (FRC) in clinical negligence claims, a document sadly devoid of any recommendations for the improvement of patient safety. AvMA’s input to the CJC had been to the effect that there was an opportunity to build a process around patient safety, which would ensure genuine and practical learning from every adverse incident; despite this, the report simply concludes: “We are satisfied that nothing in the recommended process or FRC would have an adverse effect on patient safety.” This looks like yet another huge missed opportunity to make a genuine difference to patient safety.

Can anything be done which will make a real difference?

A “duty of candour” in circumstances where injury or death has been caused by an unexpected incident was made a statutory obligation for NHS bodies in November 2014. At the time it was heralded as a potential breakthrough for patient safety.

However, a 2016 study carried out by AvMA found that CQC duty of candour inspections were “inconsistent” and “often superficial”. The research revealed that, of 90 CQC reports in 2015, nearly two-fifths contained criticism of how a Trust was implementing the duty of candour, but only 14 went on to make a recommendation to improve. Further, where such recommendations were made, the CQC could not provide a single example of a Trust having responded with details of an action they would take.

Their 2018 update to the report found that, despite significant improvements over 2016, the CQC still “requires improvement” in how it regulates the duty of candour; it doesn’t record how many individual allegations it receives and has no system to ensure they are dealt with either. Furthermore, inspections are inconsistent and the CQC doesn’t publicise any of its enforcement actions.

More recently the CQC has begun to prosecute trusts for breaches of their duty of candour, a step which may add “teeth” to what hitherto has been an ineffective power.

Clearly, all the above are laudable aims. What is lacking though is any attempt to deal with the inherent fragmentation in the NHS system, which arises from having so many NHS trusts, each with their own governing Boards.

Furthermore, nowhere does the strategy deal with the question of what motivates patients to make claims against the NHS – that is a huge hole in the strategic thinking which lies behind patient safety initiatives. How many patients are making claims because it’s the only way they feel that problems can be brought to light and addressed?

We are also disappointed that the knowledge and insight from the claimant perspective is not being sought. Specialist patient clinical negligence lawyers have a valuable role to play in the three strategic aims of the new Patient Safety Strategy, i.e. Insight, Involvement and Improvement. Not least because of the intelligence they can provide from claims actually brought, and which cannot come from the litigation insights of the NHS’s own lawyers.

What is more, the reporting of patient safety issues will be done anonymously, without naming the clinicians involved. This can lead to a misunderstanding of the issues, as the context of the care issues can be equally important to understand what, at the most basic level, has gone wrong. This in turn follows a worrying trend that the NHS’s own lawyers don’t want patient safety at the heart of clinical negligence legal reforms, as they freely say they cannot enforce any corrective action which needs to be taken to avoid the same thing happening again.

The Department of Health and Social Care want this anonymity in the new strategy because they feel that points related to individual clinicians could promote defensive medicine and a lack of engagement with patient safety issues. However, this is the surest way to end up with another NHS patient safety scandal like Mid-Staffs and/or clinicians who carry out treatment which is clearly not soundly based and/or warranted.

Dr Fowler, the National Director for Patient Safety at NHS Improvement and NHS England is quoted as in the strategy as saying that he thinks the NHS is a trailblazer on safety. The reality is that it isn’t, and specialist patient clinical negligence lawyers know this because they see the same mistakes, and therefore clinical negligence claims, time and time again. It is concerning that the National Director for Patient Safety doesn’t appear to grasp reality, or is at least motivated to ignore it.

Finally, the strategy makes a lot of the work of the Healthcare Safety Investigation Branch (HSIB), work which has not yet been properly evaluated. Basically, this strategy is building an untried and untested new approach of the HSIB, upon more untried and untested approaches i.e. the PSIRF.

As with most Government-inspired strategies, there is lots of detailed explanation of the theory which lies behind the strategy alongside lofty aims and aspirations. What remains to be seen is whether that will translate into the necessary resources, organisational ability and willingness to deliver the strategy. Without that, as so often, this strategy will simply remain lots of words on lots of pages, and patient safety will not improve.

What needs to happen?

What is definitely needed is an open-minded and realistic debate about patient safety issues, including being brutally honest about where the NHS is currently and how far it still needs to go. It is only from that honest basis, and a willingness to engage with all stakeholders (including specialist patient clinical negligence lawyers), that true progress can and will be made.