The current legal duty of candour

Welcome to the first of our guest blogs. This month’s blog is by Will Powell, father of Robbie Powell who died aged just 10 in 1990 as a result of medical negligence. The Powell family have done more than anyone to raise awareness of the need for a statutory duty of candour.

Following the introduction of the current statutory duty of candour in 2014, the Powell’s continue to campaign for “Robbie’s Law”, which calls for a civil legal duty to fully and truthfully inform and answer when questions are asked; criminal offences of falsification and alteration of medical records; and an independent Medical Accidents Investigation Authority answerable to Parliament or the Secretary of State for Health.

The current legal duty of candour:
Were our efforts and sacrifices over the last two decades worth it? 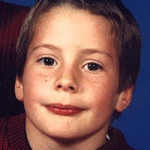 In 1990 our son Robbie died as a consequence of medical negligence. However, rather than provide the truth about Robbie’s death, the doctors involved made a conscious decision to falsify his medical records, allowing them to evade criminal and professional accountability as well as civil liability.

I complained under the then NHS complaint procedures but to date that complaint has not been concluded because of allegations of a conspiracy between Welsh Office officials, the so called independent tribunal members and the doctors under investigation.

I had no other option but to turn to the civil courts to seek truth and justice. However, the High Court in Cardiff found that there was no legal obligation for doctors to tell the truth about the circumstances of Robbie’s death, a ruling upheld by the Court of Appeal and the House of Lords.

Robbie’s case was then submitted to the European Court of Human Rights but was found inadmissible. However, the Court set out the law as it stood then and stated:

“Whilst it is arguable that doctors had a duty not to falsify medical records under the common law (Sir Donaldson MR’s “duty of candour”), before Powell v Boladz there was no binding decision of the courts as to the existence of such a duty. As the law stands now … doctors have no duty to give parents of a child who died as a result of their negligence a truthful account of the circumstances of the death, nor even to refrain from deliberately falsifying records.”

As a consequence of Robbie’s case the GMC changed its guidelines in 1998 to ensure that doctors were aware of their professional, moral and ethical duty to tell bereaved parents the truth. However, at the time, the GMC did not investigate the doctors involved in Robbie’s death and the post-death cover-up and refused to do so when I made a formal complaint in 2003. It later admitted that it had covertly opened and closed an investigation into the doctors in 1996 as a result of media coverage regarding the first criminal investigation.

As a consequence of the perverse Court of Appeal ruling in Robbie’s case, the Health Select Committee initiated an inquiry in 1999 into adverse clinical incidents and outcomes in medical care. The Committee recommended a statutory duty of candour, which was rejected by the Government.

The statutory duty of candour that we now have is in addition to the contractual requirement for candour for health bodies in standard contracts. It is contained in Care Quality Commission (CQC) regulations and is policed by them.
It is not a free standing legal duty of candour for all healthcare professionals as would be required under the campaign for Robbie’s Law. It relies on the medical profession informing their employers when they have caused either harm or the death of a patient, which is clearly open to abuse, as confirmed by several recent cases.

How can the CQC possibly prosecute an organisation for breaching the legal duty of candour when a healthcare professional can suppress from their employer the errors that caused the patient harm or death? AvMA has clearly explained what the current legal duty of candour means for patients and their families.

I believe that the current legal duty of candour is further compromised by the Health Secretary’s proposal to give healthcare professionals a ‘legal safe space’ and protection for being honest during investigations by the new Healthcare Safety Investigation Branch (HSIB), which will be set up in April 2016.

It’s difficult to understand how healthcare professionals can be given a ‘legal safe space’ and protection when NHS whistleblowers who report on patient safety issues are vilified, hounded out of their employment and blacklisted. Furthermore, before any HSIB investigation, the truth about any harm caused to a patient or avoidable death should already have been formally reported under the current legal duty of candour and the patient or bereaved family informed of those errors.

If during an investigation the HSIB establishes that the legal duty of candour has been breached by a healthcare professional, surely the matter would have to be reported to the CQC and the appropriate regulator?

The alternative would mean the HSIB would be giving healthcare professionals immunity for medical errors and/or needless deaths and therefore rendering the current legal duty of candour null and void!

Find out more about what happened to Robbie and the campaign for Robbie’s Law at www.robbieslawtrust.co.uk.

Disclaimer: Please note that the views and opinions expressed in this blog are those of the author and do not necessarily reflect the official policy or position of Action against Medical Accidents. This blog has been edited.